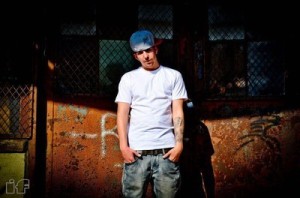 I want to take the time to put the spotlight on a FRESH independent artist and songwriter who ever since the age of 13 when he picked up a pen and began to write, he knew he had talent and wanted to pursue music. Right now I want to spotlight Joey Mack from Cincinnati, Ohio.  Joey has opened up for acts such as Machine Gun Kelly, Kid iNK, Hopsin, Twista, Raekwon, and Afroman. Earlier this year, Joey released his album “Kicken it Fresh”. Now I have listened to this album, and I must say that it is really good. Through his lyrics you can tell that Joey is very humble, dedicated, and passionate about his music and his craft.

Like so many independent Hip Hop artists, Joey displays that ambition and will to breakout. What I like most about Joey just by listening to his album is that he has his own style, which I feel is most important for any relatively unknown artist to have whether it be in Hip Hop, punk rock, or any other genre of music. It’s crucial to stand out because if you don’t, no one will take notice.

“Kicken It Fresh” is a very smooth album and the beats are laid back. At times maybe a little too laid back. My only one real criticism of this album is that a lot of the tracks don’t stand out. Let me make it clear that this is not a lyrical issue because lyrically, Joey is impressive. What prevents a lot of these tracks from standing out are the beats. The beats are not bad by any means, but I think the album could have benefited from some versatility as far as sound goes.

My favorite tracks on the album are “Storybook Girl” and “Go Get It” mainly because the tracks were different and they stood out because the sound was unique and it really projected Joey lyrically.

Overall, I really enjoyed the album and I am looking forward to hearing more from Joey because I really feel that he has the passion and the dedication needed to make it to the mainstream. My advice to Joey is that on the next album, I would like a little more versatility. Don’t be afraid to take some risks and test yourself lyrically as well. I think you have a story to tell and the people need to hear it so that they can relate to you.  Joey Mack is a talented artist and songwriter and has yet to hit his stride. I see big things in his future and so should you. If you have not heard Joey Mack’s album “Kicken It Fresh”, then click on the link at the bottom of this blog to hear it. You won’t be disappointed. 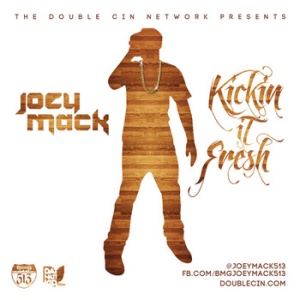 Check out: “Kicken It Fresh” 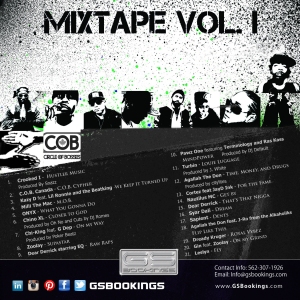